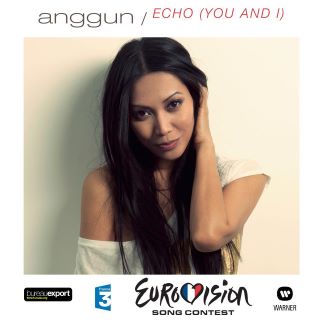 The song selected is titled Echo (You and I) and is written by William Rousseau and Jean-Pierre Pilot with lyrics by Anggun herself.
The track is mixed by Veronica Ferraro.
Even though the song is similar to the album title, it is not included on Anggun's original Echoes CD .
But a new edition of the album, including the Eurovision song, is released in March**.
The song was presented on Januari 29 at the Midem music fair in Cannes. It is available in the download shops from Januari 30.

A 1-track promo has been issued by Warner and has been given away on Angguns visits to the National final shows in Malta and Ukraine. 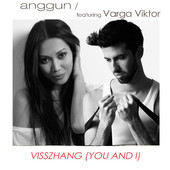 Duet versions, remix
A French / English / Hungarian duet version has been released. It's titled Visszhang (You and I) and the Hungarian parts are recorded by Viktor Varga. You can listen here at Angguns Youtube
The song is available at iTunes Hungary. (Hungary only?) 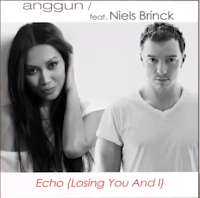 Another duet version is recorded with Danish Eurovision singer Niels Brinck (2008). It's in English and is titled Echo (Losing You And I). Listen here at Anggun's Youtube.
Niels Brinck and Anggun worked together before. In 2003 Brinck produced her album Open Hearts (see below)
A remix of Echo (You And I) is also available at digital outlets, the Anton Wick remix.

The third duet version Anggun released is Echo (There Is You And I) with Maltese singer Claudia Faniello. Listen here at Angguns Youtube.

The 4th duet version features Romanian singer Keo. The song is a mix of French, Romanian (by Keo) and English. (Listen here at Angguns tube) 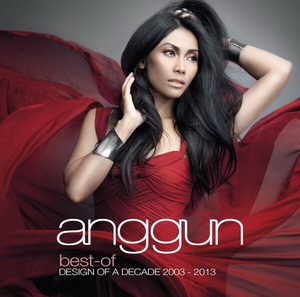 A new remix is made by Hakimakli. This is released on 2013 Best Of CD Best Of: Design Of A Decade 2003-2013 (April Earth/Sony)
This album also includes the full English version of Echo (You and I) 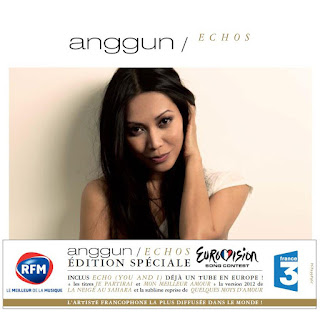 Special edition
In March the Echos album will be re-released in a special edition. It will of course include Echo (You and I) and also a new 2012 version of La Neige Au Sahara, more details soon....

Anggun facts and figures
Anggun was born in Jakarta, Indonesia and moved to Paris in 1995. She scored her first French hit in 1997 with La Neige Au Sahara (The snow in the sahara), also the title of one of her most acclaimed albums. Her most successful album in France is Luminescence which stayed 63 weeks on the French albums charts in 2005/2006 reaching #16. 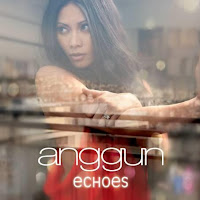 Angguns most recent album is Echoes from 2011.
In April an edition with songs in English and Indonesian was released. The album achieved gold disc status in Indonesia in just two weeks.
In November a version in French was released (as Echos). It includes a duet with another Eurovision singer: Gerard Lenorman*.
Earlier this year she scored a #1 hit in various Indonesian charts with Hanyalah Cinta / Only Love, a track from Echoes / Echos recorded in Indonesian, English and French (French version: Mon meilleur amour). 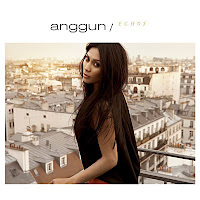 Angunn's vocals feature on the 2008 single No Stress by DJ Laurent Wolf. Which was a #1 in France and Belgium and a top 10 hit in several countries.
In her career Anggun has also recorded and / or performed with I Muvrini, Peter Gabriel (stepping in for Kate Bush no less), Serge Lama*, Deep Forrest, Schiller (CD Atemlos), Zucchero and French folk rock band Tri Yann.

* Eurovision singers
** The last time a Eurovision singer entered with a song named after their current album, but that was not included in it, it won the whole thing. Do you remember who it was? 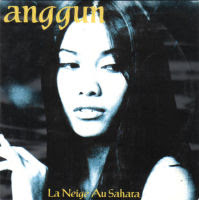 links + sources:
Anggun Website (in French and English)
Anggun has Wiki's in English, French, Indonesian, Azerbaijani and many other languages.
Les Charts for the charts / hit info.