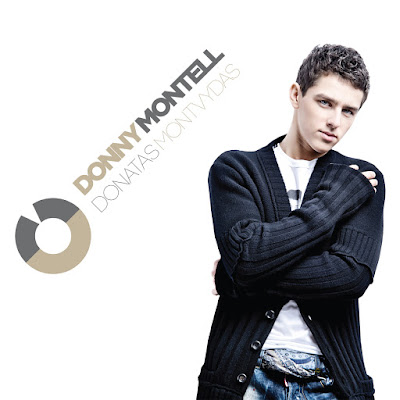 You can download all official versions except French at the site of Donny's management Atlikejai.com


Debut Album
Fou D'Amour is the French version of Love Is Blind. It can be found on Donny's Debut album Donny Montell / Donatas Montvydas.
The album has several versions of the Eurovision entry, all marked * in the list below. The CD is out now and includes the same tracks as the digital release. There will be no cdsingle.
The CD is in the shops in Lithuania from May 10 and already available at BeaRecords.
The album also includes Let Me from the 2010 Lithuanian final an Running Fast which was disqualified in the race for the 2010 ticket.
The album also includes new single Norim Dar and its English version High Treble Bass.
The album is released by M.P.3 records, see full tracklist below 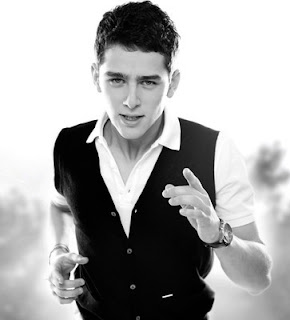 It's not the first year that Donny attempted to get to Eurovision.
In 2009 he had two songs in the race: Remember Last Time (From The Distance) and Dainų Daina, a duet with Rosita Čivilytė which got stuck in the semifinel.
2010 song Running Fast won the second semi-final was disqualified because the song was released too early according to EBU/ESC rules.
In 2011 he had two songs in the Lithuanian final. Let Me ended 5th and Best Friends, a duet with Sasha Son, ended 10th.


Composer Brandon Stone has written several preselection songs for Eurovision selections including one for his birth country Georgia (Call Me by Sofia Nizharadze) . He almost made it in 2010 when he won the first Ukrainian NF with I Love You performed by Vasiliy Lazarovich. (What happened?)
Love Is Blind is the first song for Stone to make it to the Eurovision stage.
Brandon Stone recorded a demo version in Georgian titled Dabrundi Chemtan (დაბრუნდი ჩემთან, Come Back To Me).