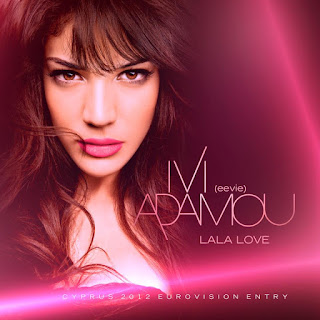 Just like in 2011 Cyprus tv (CyBC) was one of the first to announce their Eurovision singer.
Ivi Adamou (Ήβη Αδάμου) has been selected to represent the country in the Baku contest. She ended 6th in the 2009/2010 season of Greek X-Factor series.

A slightly altered version has been made for the contest and is released on video. Watch it here at the Tube.
A 1 track promo (top pic) is used for promotion in Baku. 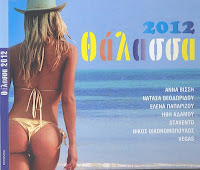 Remixes:
A remix by Arovia (Viktor Svensson) is released on Sony Musics soundcloud. (listen)
This remix and an extended version are also available at most digital sources.
More remixes have been released. Two remixes by Rico Bernasconi are available through iTunes and Amazon. The edit version is released on the VA CD Thalassa 2012 / Θαλασσα 2012 (Sony Music Greece 8791642)

Another remix is made by Duomo. This one is made exclusively for Club Vogue (Thessaloniki, Greece), but you can buy it at your digital sources anyway. Listen at this Sony Youtube 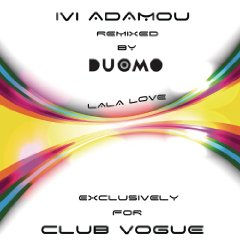 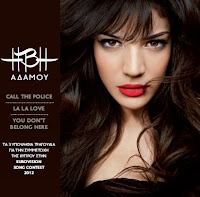 Ivi Adamou's debut album San Ena Oniro (Σαν Ένα Όνειρο / Like a dream) was released in the summer of 2011 on Sony Music Greece.
A new edition of the album (The Euro Edition) is out now.
The release has the original CD album and an extra disc with the following tracks:
La La Love, Call The Police, You Don't Belong Here and Fotia Vrohi (Φωτιά βροχή). The last is the Greek version of You Don't Belong Here.  (Sony Music 886919 511 420) 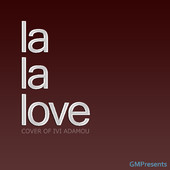 overversions
Update: An acoustic coverversion of La La Love was recorded by GM Presents with Jocelyn Scofield. It's available at several digital outlets.(Check this website for the download sources)
GM Presents is a new moniker of Gavin Mikhael. Earlier he also recorded a version of Euphoria.

A coverversion in Afrikaans was released by Chrizaan. Available through all digital sources. It's titled Ek kan Nie Wach (Vir Die La La La) which translates as I Can't Wait (For The La La La)


Links and sources:
You can listen to some of Ivi's songs at her Reverbnation.
Ivi Adamou website
She also has a blog (in Greek)
Sony Music Greece fb
Thanks to STHLM MIX 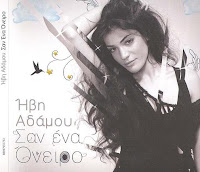 Baku Collection Frontpage
Posted by Eurocovers at 1:26 AM