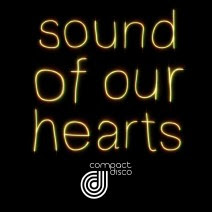 Compact Disco represented Hungary at the Baku contest.
They won the A Dal: Eurovision 2012 final with the song Sound Of Our Hearts.
The song is written by the band themselves:

You can watch the song here at MTV.
The lyrics are here at Zeneszöveg

Remixes
A digital release by CLS with 10 versions (9 remixes plus original) of Sound Of Our Hearts is available now here at Zene.hu.
The same 10 versions have now also been released on cdsingle (CLS records). 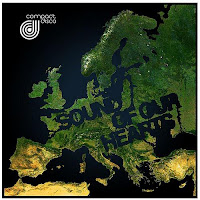 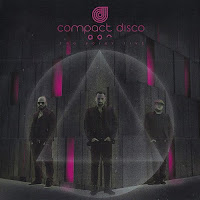 Compact Disco Two Point Five
Update: Januari 2013: Compact Disco release their new album Two Point Five including The Sound Of Our Hearts. (original version)
The band, now a trio, have re-recorded songs from their previous albums Disco Steroid and // for Two Point Five.
Included are 2010 singles I'm In Love and Without You plus new single Leave It Up To Me (ft Columbo)
The album has 14 tracks and is out on CLS records in Hungary. No details on international (digital) release yet.

Compact Disco was founded in 2008. The have released two albums: Steroid from 2009 and II from 2011. Their 2010 hit I'm In Love was picked up by Age Media and Universal and released internationally in 2011. 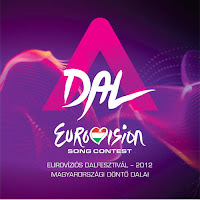 MTV (Hungarian Television) had chosen 20 songs for the national selection. Eight proceeded to the final.

You can listen to the songs here at MTV. (You have to use the video bar under the main screen, but it also includes other videos)

A CD with all 20 songs is released by Universal.
The CD will be advertised on Hungarian radio and TV.
It's available at BeaRecords now.