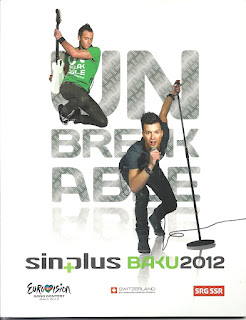 Sinplus a.k.a. Sin+ have won the Swiss national final + their song Unbreakable is the first song for the Baku Eurovision Song Contest.

Sinplus are brothers Ivan and Gabriel Broggini from Tessin kanton and they wrote Unbreakable themselves.
Unbreakable was selected for the Swiss final by the Italian broadcaster RSI. (see below)
In 2008 the band released their first EP Get Control with lead track 1984 getting airplay in Switzerland + Italy. In 2009 Shoot from the Are You happy + Free EP was used as an anthem for the World Hockey Championships.

Listen to the winning song at the Sinplus website or  Myspace 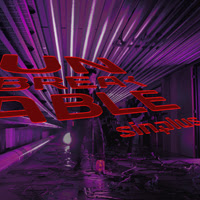 Watch the official video with the new version at Sinplus TV
The new Eurovision version is now available from digital stores like Amazon and iTunes.

Update: A remix by 7th Heaven is available at the tunes.
Listen to the remix here at Sinplus TV (at the tube) 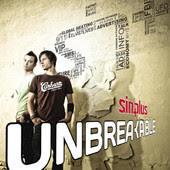 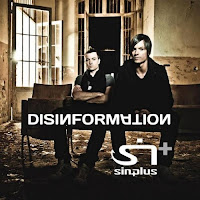 Charts
Unbreakable enters the Swiss charts at # 34 the week after the victory, but falls out after just one week.
Full chart run: 34, - re-entry:24, 54

Debut album Disinformation was first out early januari but is now released through Warner on May 18. (Warner Music 5288724) The new edition includes the new Eurovision version of Unbreakable plus 10 other tracks including follow up single Do You Wanna Dance. 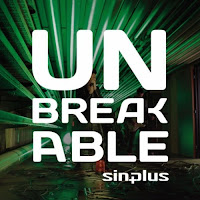 The Swiss Final
On December 10 the Swiss national final: Die Grosse Entscheidungsshow was the first to pick a song for the 2012 contest.
You can still listen to the 14 finalists here at SF's Glanz und Gloria.
French language broadcaster RTS had selected three of the finalists. All 27 RTS songs can still be heard here.
The Italian broadcaster RSI picked two songs for the final. One ended up winning, the other finished in third place.
Three spots in the final were allocated to DSR3 (radio). You can still listen to their songs here.
SF, the German language broadcaster, picked six song out of an extensive webselection. All songs sent in are still here. One song they picked was by Lys Assia, the very first Eurovision winner (1956). She eventually ended in 8th place in the final with the Ralph Siegel penned song C'Etait Ma Vie.

Baku Collection Frontpage
Posted by Eurocovers at 1:20 AM