Netherlands - You And Me - Joan Franka 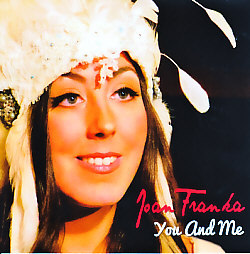 Joan Franka won the ticket to Baku for the Netherlands in het Nationaal Songfestival.
The winning song, You And Me was written by Joan herself with Jessica Hogeboom (a.k.a. Jesse Maria).
You can watch one of the NSF performances here at Songfestival.nl.
Watch the official video at Joan's Youtube channel

A new version was recorded for the contest with fiddle bits added to the mix.
The new version is on the Baku promo disc (cd-rom) and on the official Baku CD. 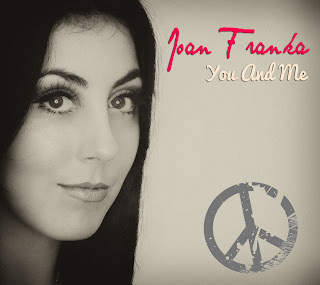 Before Eurovision 21 year old singer/songwriter Joan Franka (Ayten Kalan) was best known for her run in the first season of The Voice Of Holland.
She didn't make it to the final but it gave her the opportunity to start working on her debut album with producer Holger Schwedt. The album won't be finished before Eurovision, but is expected for later this summer. 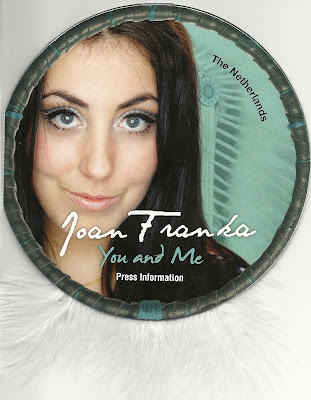 A 1-track promo cdsingle is issued, but it's not likely to be available in the shops. You can order a copy at BeaRecords. The promo has  been issued with two different picture sleeve inserts.

The promo for Baku is a cd-rom with biographies, photos, audio (new version Wav.file) and the official videoclip.
It's in a circular sleeve in the form of a dreamcatcher, with feathers attached.

Nationaal Songfestival
The Netherlands picked their song in the Nationaal Songfestival.
Six songs were in the running and battled for the ticket to Azerbaijan in a duel construction, with three songs going to the superfinal. (see below)
In the superfinal Joan was lagging behind after the jury votes were counted but won thanks to a massive televoting result.
All other NF songs are also available to buy through various digital sources.

The Nationaal Songfestival songs were:
Pearl – We can overcome vs. Tim Douwsma – Undercover Lover
Raffaëla – Chocolatte vs. Joan Franka – You and Me
Kim de Boer – Children of the World vs. Ivan Peroti – Take me as I am’
Bold = to the superfinal


Frontpage
Posted by Eurocovers at 1:22 AM