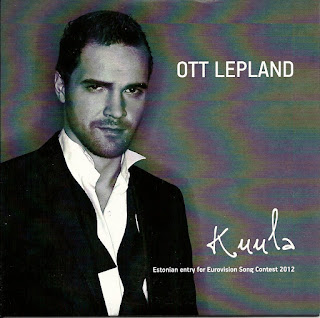 Ott Lepland won the Estonian national final with the song Kuula (Listen).
The song is written by Ott Lepland himself with lyrics by Aapo Ilves.


The original longer version of Kuula was first released on Leplands second full album Laulan Ma Sind (I will sing for you) which was released in november 2011. (Crunch industries 447310749)
Kuula was released a s a digital single on Januari 25 (available internationally through Amazon, iTunes)
The song has already been in several Estonian charts for a while.

You can watch the live performance here at ERR/ETV.

English, Spanish and Russian version of Kuula have been released. They are included on a cdsingle (Crunch industry) and digital EP release.
All versions are available at amazon and itunes.

2016: Maailm Mu Ees
An acoustic live album by Ott Lepland titled Maailm Mu Ees (The world before me) was released in November 2016. It includes a live version of Kuula. Out on CD and digital, Crunch Industries (Thanks Marek!) 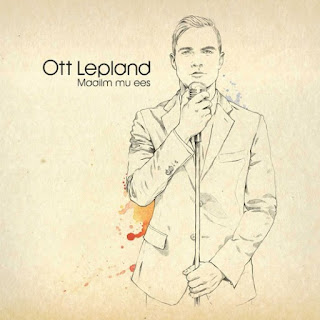 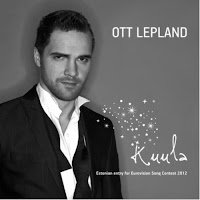 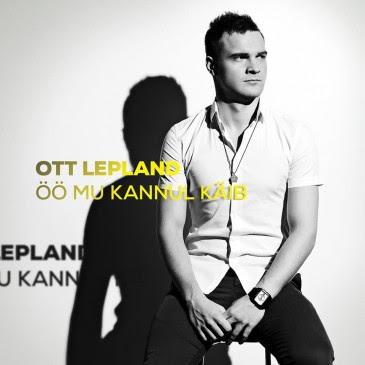 2012: Öö Mu Kannul Käib
Ott Lepland has just released his new album (december 2012). It includes the Eurovision version of Kuula. The album is titled Öö Mu Kannul Käib and has 12 tracks in total. It also includes new single Kodu.
Two of the songs on the album are written by Külli Lepland, Ott's Mom, ain't that sweet....
(CD out on Crunch Industries in Estonia)
Update: A Special edition of the new album comes with a DVD featuring a concert recorded for Estonian TV. It has 15 tracks and of course includes Kuula. 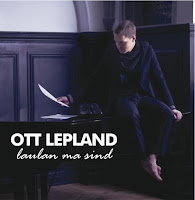 In 2005 / 2006 Ott already appeared on several CDs with childrens music but she shot to fame in Estonia by winning talent show Eesti Otsib Superstaari (Estonia searches for a superstar).
One remarkable performance in the Superstar shows is the top 3 performance of Rändajad, the Estonian 2009 entry. He performed it with Sandra Nurmsalu, singer of the original performers Urban Symphony.
ETV / ERR has uploaded the songs for the 2012 Eesti Laul here at their website. 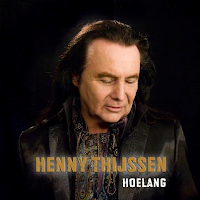 Dutch coverversion
A Dutch version is recorded by Henny Thijssen. The song is titled Hoe Lang (How long) and is out on TwentieRecords (digital) The januari 2013 release is available from Dutch digital sources like Megamedia,  legaldownload and also iTunes.
Watch the video at Henny Thijssens Youtube.
In March 2013 the song enters the Dutch top 100 at 86.
Henny Thijssen Website

links and sources
ETV Eurovision pages (in Estonian)
Ott Lepland social media links
Special thanks to Mikhel at ETV and to Marek.