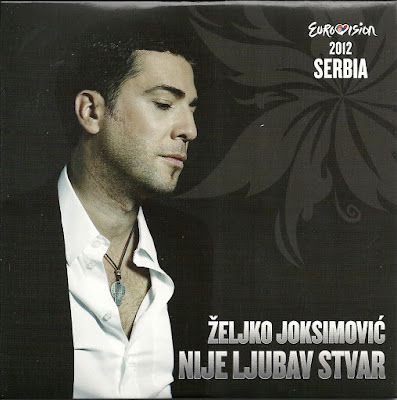 RTS, Serbian Television have selected Željko Joksimović (Жељко Јоксимовић) to represent the country at the next Eurovision Song Contest.
The song was presented on March 10 in a show titled Европска песма (Eurovision song)at RTS 1. 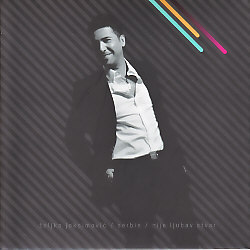 The first promo cds (top pic) features the original Serbian, English and Russian versions of the song.
All are credited to Željko Joksimović & Ad Hoc Orchestra, the same ensemble that featured on his 2004 entry. (RTS UCD EV12 Sokoj) 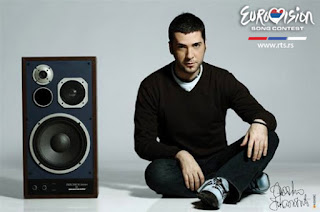 More versions and App
Update: Another fun instrumental version can be downloaded at Željko's website.
It's the Trubači / Brass band version recorded with the Dejan Petrović Big band.

You can also download a free App for Iphone and Android so you can find out the latest news on Zeljko, listen to the versions of the Eurovision entry. More details here at RTS

Zeljko keeps on delivering. You can now also check out and download the Spanish version of Nije Ljubav Stvar, it is called Su Amor Me Vencio and is a duet with Samuel Cuenda. Cuenda was a contestant in the 2009 edition of Spanish talent show Operacion Triunfo. Get the song here.

Željko Joksimović performed a version in Azerbaijani at the Sabina Babayeva party in Baku. 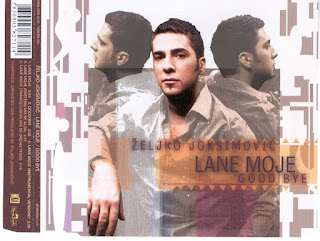 It's the second time for Željko Joksimović as a singer, in 2004 he represented Serbia-Montenegro with Lane Moje and ended 2nd behind Ruslana's Wild Dances.
He also composed two further entries. Lejla by Hari Mata Hari (ended 3rd for Bosnia-Hercegovina) and the 2008 Serbian home entry Oro for Jelena Tomašević (6th place).
Joksimović also co-hosted the 2008 contest in Belgrade.

Details from The Eurovision Collectors Guide and The Istanbul Collection (document)

Update: Lane Moje has been covered in Serbian, English, Croatian, Greek, Bulgarian, Hebrew, Turkish and Romanian. Here is a list of officially released coverversions that I know of. If you know any more, please let me know.
Maja (from Japan)- Serbian version
- digital release also avaliable on CD to order


Frontpage
Posted by Eurocovers at 1:30 AM