After the premature annoucement of Miro Šmajda as the Slovakian entrant early the decision was finally made.
It's still Miro Šmajda for Eurovision but under a new name Max Jason Mai. The song selected is Don't Close Your Eyes, a song the artist write himself.
Listen to the song at Max' Youtube

Max Jason Mai a.k.a. Miro Šmajda is best known for ending second in the Czech and Slovak series of Idols (2009).

He fronted the band Rosemaid (an anagram of his original name*) and released his debut album Čo sa týka lásky in 2010, which includes his hit singles Last Forever, Baby and Pod Vodou. 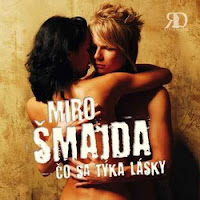 Baku Collection Frontpage
Posted by Eurocovers at 1:21 AM