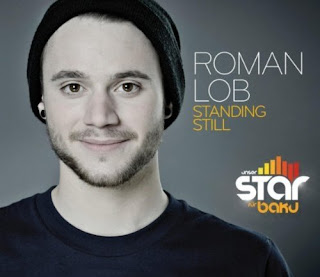 The long series of Unser Star Für Baku shows came to an end with the selection of the 2012 Eurovision entry, Standing Still by Roman Lob.
Standing Still is written by Jamie Cullum, Steve Robson and Wayne Hector.
Watch the official video at USFB.

A cdsingle is to be released on Februari 21 on Universal. It features all three final songs by Roman.
The songs are alsoare available at the regular digital sources like musicload.de, iTunes and Amazon. (Universal)
Roman Lob also performed Alone and Conflicted. 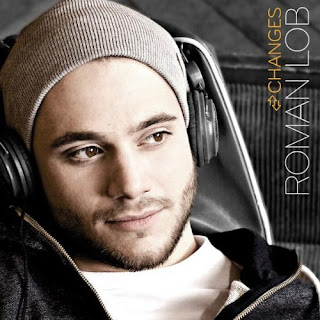 Update: Roman Lob has finished recording his debut album Changes which will be in the shops on April 13.
The 13 track CD will include Romans three songs from the Unser Song Für Baku final.
A new website is launched here

Roman Lob's Alone enters at # 42, Conflicted at 51.
Ornella's version of Standing Still (see below) enters the top 100 in Germany at #77. Her final song Quietly enters at #24 and the third song Alone at #69. All songs exept Romans winner spent just one week on the German top 100

Two singers, Roman Lob and Ornella De Santis, have survived the talent shows and each sang three songs. One song  unique to each singer, they both sing the other two songs each in differtent arrangements.
Both artists sang Standing Still but only Roman Lob took the song to the ultimate two-song final.

It's the same procedure that got Lena Meyer Landruth her Satellite and Germany their 2nd Eurovision victory in 2010. 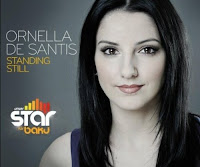 Coverversion... sort of
As Ornella De Santis also performed and recorded the winning song Standing Still, the first coverversion of 2012 is a fact.
Ornella's version is also available as a download through the same sources. I don't know yet if there will be a cdsingle of Ornella's songs.
Ornella's final songs was Alone and her third song was Quietly.