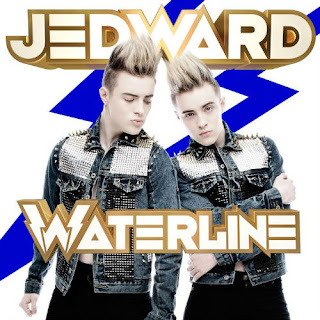 
Jedward won the Irish national final and will represent Ireland in Baku with the song Waterline.
Waterline is written by Nick Jarl and Sharon Vaughn.

Of course we all know Jedward from Lipstick,  the biggest hit of last years contest. find out all about that one here at the Düsseldorf Collection. 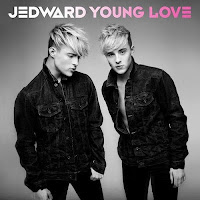 Young Love is the title of the third Jedward album, out since June. It includes Waterline as the opening track. (Universal 3707442)


Green Cape
Please find out all about Jedwards other new single Put The Green Cape On here at Eurocovers or here at the Düsseldorf Collection. It's for charity, it's for the European Football cup extravaganza and it's a new version of Lipstick.

They scored an Irish #1 with their debut single Under Pressure (Ice Ice Baby) (#2 in the UK) and their debut album Planet Jedward also went to #1 in Ireland. 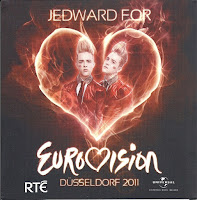 Their first Eurovision entry Lipstick ended 8th in the final in Düsseldorf. It was a #1 in Ireland and a hit in several European countries. The album Victory also went to #1 at home.
Lipstick became the #2 selling single of 2011 in Ireland only beaten by Adele. Victory was the #18 album of the year.

Quite soon after last years Eurovision success Jedward announced their return to the contest and for a while it was assumed that they were already internally selected for Baku. But it turned to be a premature conclusion and they had to take on some competition in a national final anyway.
They went up against Donna McCaul, another Eurovision star who entered with brother Joe and the song Love back in in 2005. (but they didn't make it to the final back then) The other artists in the selection were Celtic Whisper featuring Maria McCool, Andrew Mann and duo for the occasion: Una Gibney and David Shannon.

Jedward The Second, Return of the Jedward
Ireland have quite a history of sending artists to Eurovision for a second run, but Jedward II is the first to do so in two consequetive years.
Tommy and Jimmy Swarbrigg entered in 1975 as The Swarbriggs with That's What Friends Are For (9th place) and as Swarbrigg plus Two with It's Nice To Be In Love Again (3rd place)
Irish Johnny Logan, as Anmary so nicely mentions in her Beautiful Song, won the contest in a distant 1980 with What's Another Year and in 1987 with Hold Me Now.
Linda Martin ended 2nd in 1984 with Terminal 3 and won in 1992 with Why Me? (penned by Irish Johnny Logan)
1993 winner Niamh Kavanagh (In Your Eyes) returned in 2010 with It's For You but only ended #23.
And Maxi, Irene McCoubry to her family (Do I Dream, 10th 1973), returned to the Eurovision stage as a member of girl trio Sheeba (Horoscopes, 5th in 1981)
Will Jedward II improve on their success of Düsseldorf?
Now let's only hope that Dustin The Turkey doesn't get any ideas.....