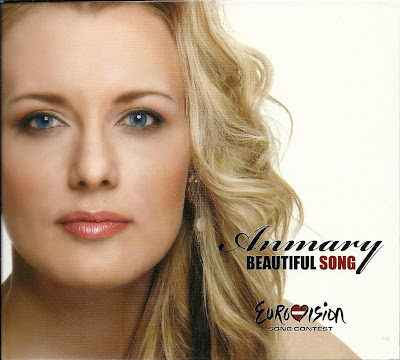 You can listen to the Beautiful Song here at LTV.
A new version was recorded for the contest, next to a new arrangement, the lyrics have undergone a transformation. And Mick Jagger is now a Sir!
Watch the new version here at LTV (scroll down a bit in the article)

A promo cdsingle is issued with two versions of the song.
Beautiful Song - Euro In Your Face Hard Earbud Mix
Beautiful Song - US Out In Space Soft Radio Mix
(Plate records 140033)
The digital release has three tracks available from May 18, above two plus the karaoke mix. 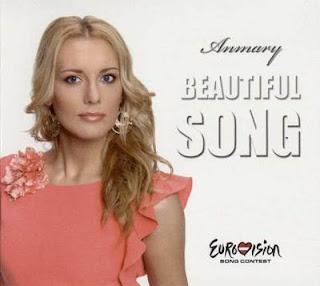 In the original lyrics Anmary refers to a Eurovision legend: "I was born in a distant 1980, The year the Irish Johnny Logan won.
Now he’s old, you know, still kinda famous
Could be my way, today’s my day, I’m singing of my song".
Johnny Logan is still there in the new version, but he's not old anymore. 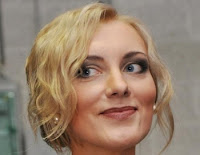 In 2009 Anmary already had a go at Eurovision glory. With the trio Policistas (pic below) she ended 11th in the first round with the song In Love We Trust, just missing out on the final 10.
You can still listen to the Latvian 2012 finalists here at LTV
Listen to the semi final songs: Semi 1 - Semi 2

Latvian TV received 69 valid songs to compete in the 2012 preselection.
All 69 have been available on the  Eirodziesma 2012 website. with only the titles of the songs mentioned. Artists and composers names were originally withheld. 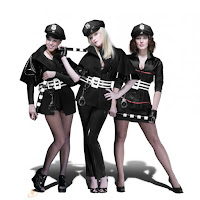 Baku Collection Frontpage
Posted by Eurocovers at 1:17 AM